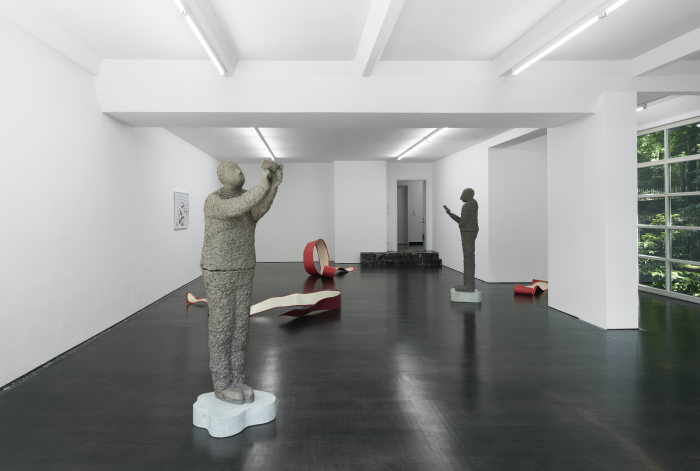 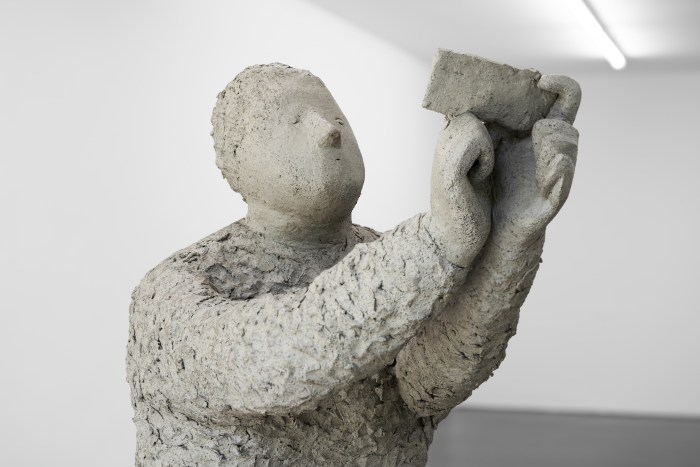 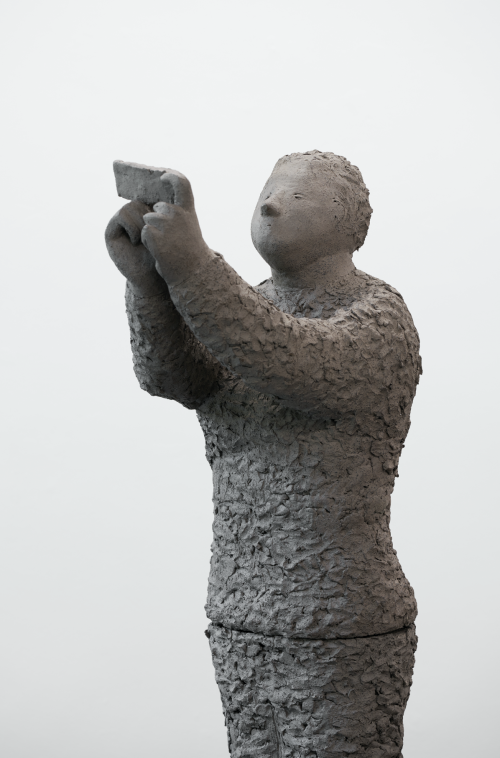 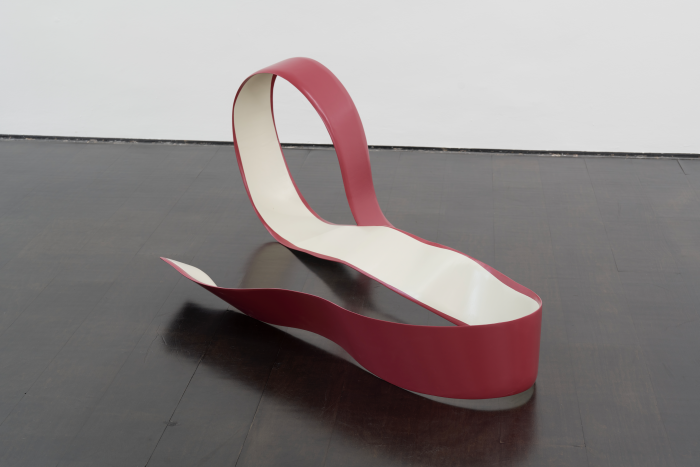 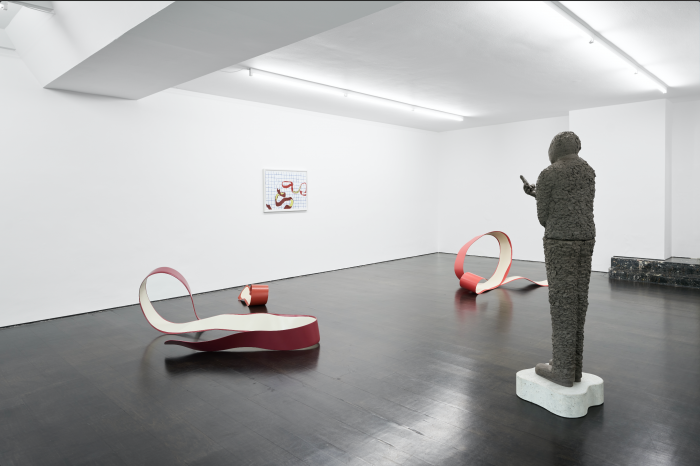 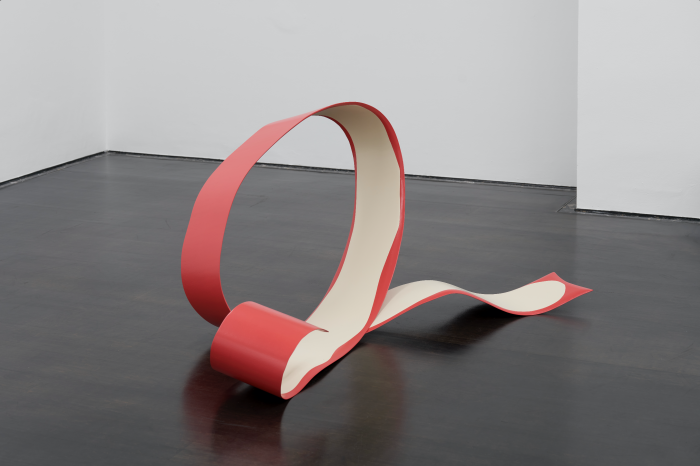 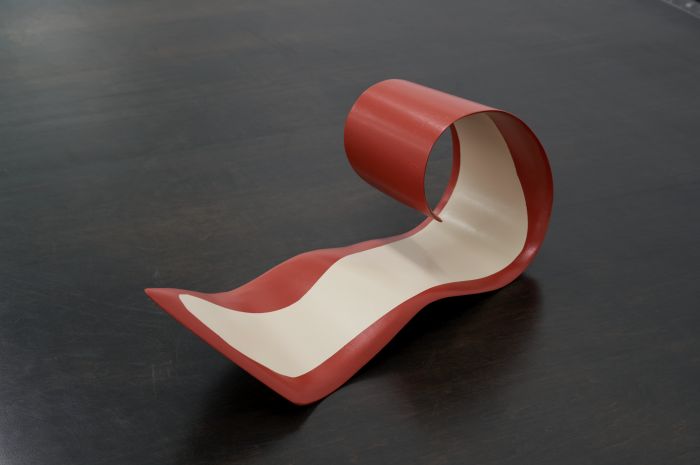 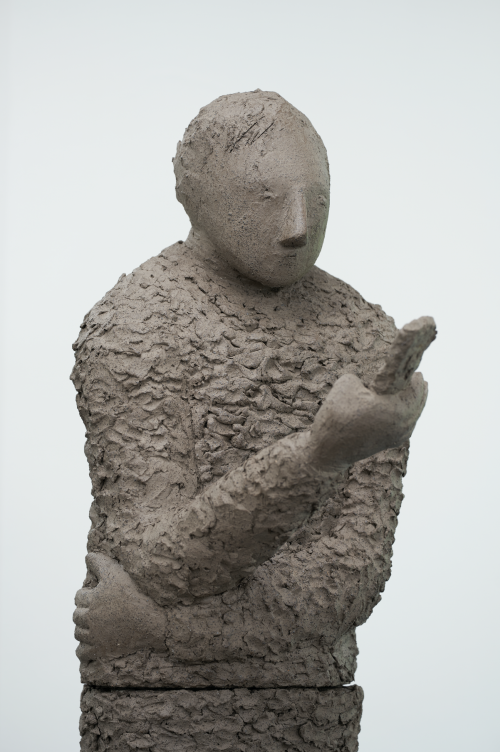 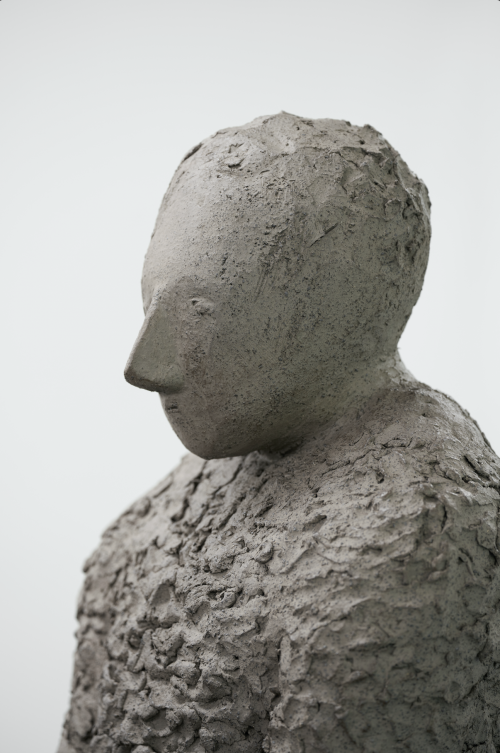 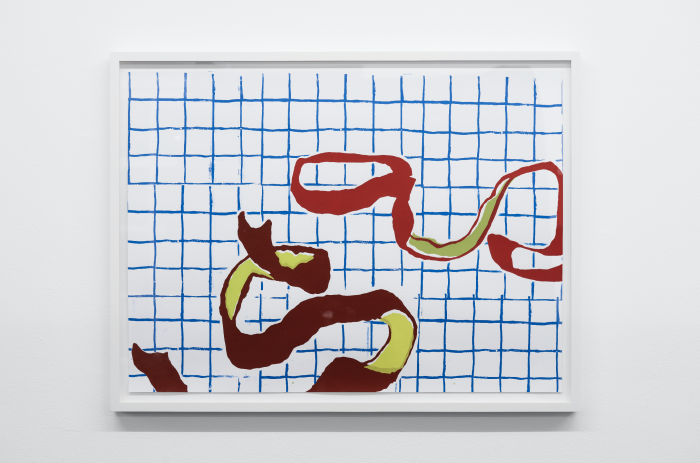 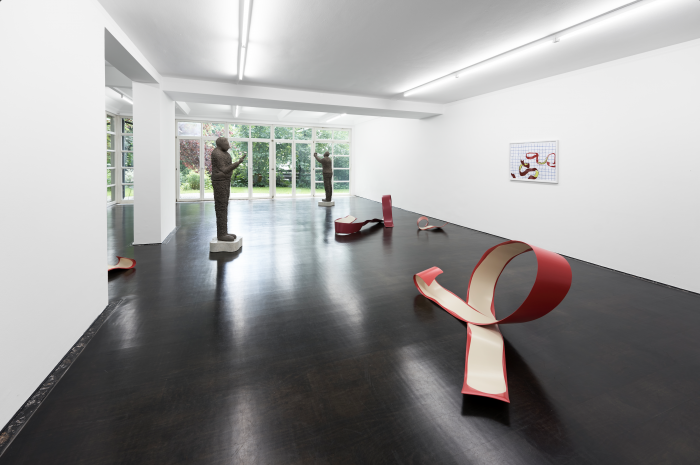 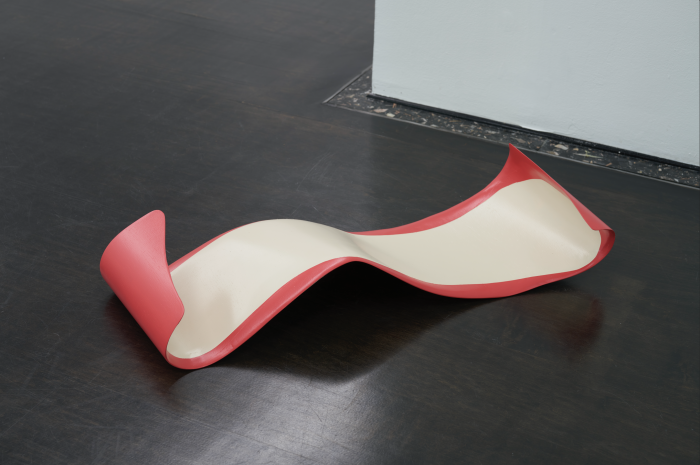 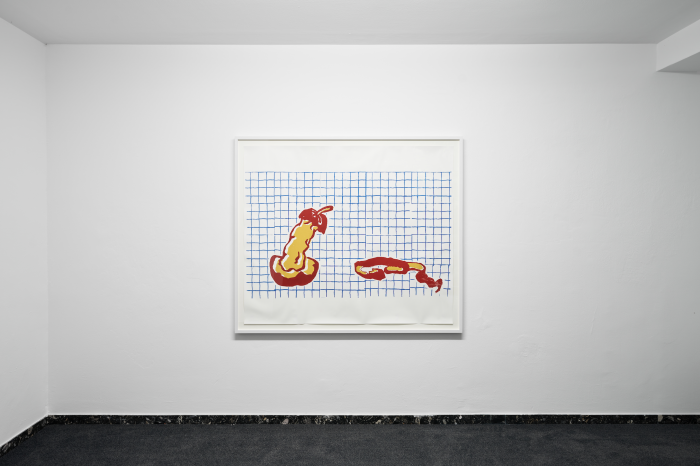 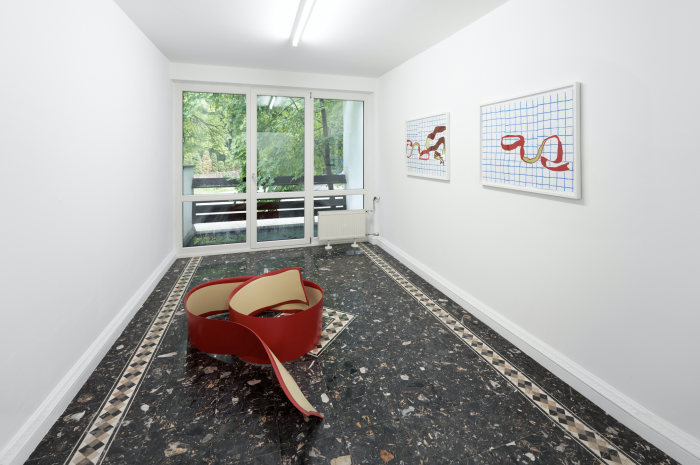 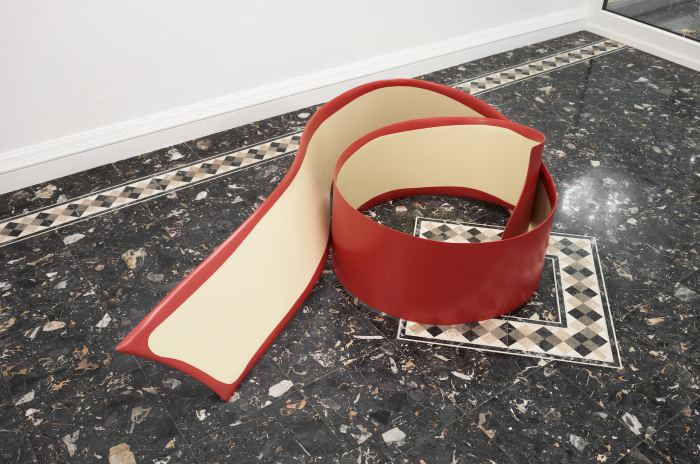 Judith Hopf’s subtle subversions of sculptural paradigms have always been animated by an impulse of levelling hierarchies (social, material, artistic). In “rest” the artist expands her multi-levelled exploration of that principle of parity through a new body of works. While the deeply fraught and sometimes nonetheless undeniably comical relationships between humans and their technological objects belongs to the core repertoire of Hopf’s practice, in “rest” the artist puts the ecological implications of such uneven economies between people and things centre stage. Like props for a play without script, a suite of new sculptures invites viewers to stop, to slow down and look around. What do you see?

Two large, human-sized figures holding mobile phones, three deliciously red-coloured looping sculptures that lookslike an apple peel or a broken Mobius strip (depending on which side you look at) and a number of objects that are made out of this sculptures material leftovers. All of these objects occupy the ambiguous space (the stage) that Hopf has built in between the different meanings of the homonym “rest”, which is to say: between the German word for leftover (“Rest) and the English expression for break or pause. Unlike some of the artist’s previous works in which industrial materials and advanced 3D printing technologies were used to produce enchantingly whimsical, not very techy looking objects, for “rest” Hopf goes deliberately basic. The primary materials of her new assembly of objects are clay, porcelain and wood. This turn to the non-synthetic, however, is neither a romantic return to “nature”, nor technophobic, but the expansion of an ongoing engagement with the economies of artistic production. It is an invitation to change pace, to step back, to rest. As Hopf reminds us, deceleration and humour are alike in that both render the seemingly familiar strange. They allow us to look at things differently – and sometimes also at ourselves.

Consistent with this invitation to distancing, the exhibition’s most visible objects, Phone User 4 + 5 demand a mode of slow looking. Hopf produced these clay sculptures from the bottom up and by hand. Made out of dozens of smaller partial objects, Phone User 4 + 5 defy immediate visual consumption. The slow temporality of their making – adding one handful of clay after the other – is literally inscribed onto surface and shape. In rendering the (sculptural) body into an accumulation of touch and the artist into a soft machine, a corporeal scanning device, Phone User 4 + 5 deflate the shrill fantasies and fears surrounding intelligent machines into a material reflection on the ethics and politics of making. A deep concern for different modes of doing and being runs through Hopf’s engagement with systems of production and consumption. In “rest” the artist shows us the bare elements of a kind of socialmaterial metabolism in making one sculpture’s waste material – its “Rest” – the starting point for another. In spite of the urgency out of which such structural propositions on sculptural re/production arose, they still emanate a sense of lightness. Like in a cartoon where the most severe, brutal actions can unfold with inexplicable ease, here the proverbial leftover of food, the apple peel, has slipped from a plate onto the gallery floor, and miraculously magnified into a solid, enticing object.

Seemingly simple in appearance and humorous in appeal, Hopf’s objects provoke difficult questions: How to make things, and how to continue making those things called art in a time of intense material depletion and economical devastation on a planetary scale? What are art’s current politics of re/production, economically as well as ecologically speaking? What kind of (toxic) materials and what kind of (exploitative) structures keep that system running and what are one’s own implications in it? These are huge questions that are not always easy to answer, yet impossible to ignore. In allowing for the seemingly incompatible categories of the gigantic and the minuscule, the macro and micro to touch, Hopf brings such abstractions down to human, personal scale. They become your and mine abstractions too, although, as ever, in unequally distributed ways.